“A Square Peg in a Round Hole”

Once upon a time there was a square peg amidst a plethora of round pegs.  The round pegs all fit so nicely in the round hole but the square peg did not.  We worked hard on that square peg trying to smooth out the angles and to round the corners so that it too could fit nicely in that round hole.  But the more we sanded and cut and sculpted, the more squared it became.  The sides became more smooth and the corners not as sharp, but a square peg it yet remained.  What does it take to make the square peg fit we asked?? The answer was simple!  A square peg does not fit in a round hole that is true, but the secret to the perfect fit is not in changing the shape of the peg but rather in the shape of the hole!

It was the fall of 2003 and my little guy had just started Kindergarten. Within the first week of school, the teacher called and said C was not adjusting well to being in Kindergarten. Testing ensued and evaluations completed and before long, I was on the phone with the psychologist who was telling me that he had many signs of autism.  This was completely new to me but the more she described the details of the signs and symptoms, the more elated I felt that finally I was getting some answers that made sense.  This was something I could work with… a direction to move forward.  I read every book I could get my hands on, spent hours researching, signed up to see all of the specialists and had the balls rolling.  My goal…. to fix this with hard work as soon as possible so that my boy could be happy.  We tried!!  We really did, and progress was made.  But his autism did not go away.  The biggest change came when I gained the tools necessary to adjust my expectations and celebrate the uniqueness that was him.  It is hard to change one’s expectations of what is acceptable and good.  We as parents have dreams and ideals of what our children should be able to do and to be.  I didn’t care that my son wasn’t the star of the football team or wasn’t going to grow up to be a doctor.  But perhaps my expectations, though still just as difficult to let go of, were more simple.  My children were going to be compassionate, motivated, good natured, friendly and loving.  My home was not going to be a home of chaos but a place for refuge and peace.  And though some of those things did exist, it was not in the way that I had worked so hard to achieve and many things were missing all-together.  Once I learned to change my expectations, and only then, did I start to personally feel some peace regarding our circumstances.  I began to concentrate on celebrating the differences.  I backed down on my urgency to attend all therapies, Dr’s, and trainings and began to accept some things as different but ok.  There are some things that just are no matter how much we wish them to change.  I would love to say that I conquered this aspect but tis not so.  It will be a lifetime process for me as we meet new milestones that are not met the way I expect.  But just as his “squareness” is continually being sculpted, so is my roundness.  And I’d like to think that progress is being made on my part as well.  What has helped you adjust your expectations and accept more fully? 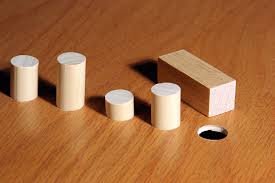 My Sources that helped me adjust my expectations:

I am a mom of an autistic son…my son. I graduated from Brigham Young University in 1998 with my bachelors in elementary education. Shortly after that, I quit working to stay home and take care of my little dinosaur.  Though this autism journey was not what I set out to complete, it is one that has taught me a great deal about love, acceptance, patience, and tolerance.  I share my experiences in hopes that others may better understand the human condition through the lens of autism.